Cultivating Your Influence in the Boardroom 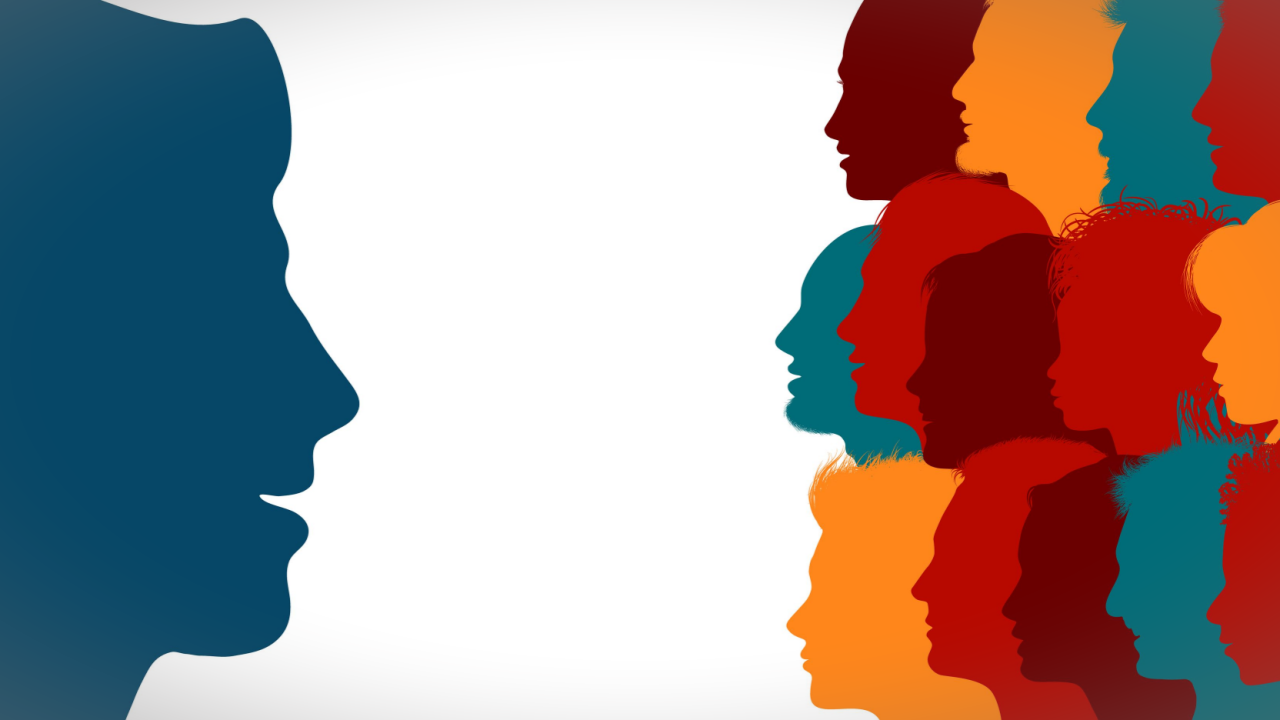 Having influence in the boardroom gives you the ability to change hearts, minds, and behavior. It’s about using your words to share an idea or to move other people toward a position that you support. Make no mistake, being able to influence people is a difficult challenge that all leaders face.

And, as a member of a board of directors, you are one of those leaders.

In this context, we’re talking about the ability to influence your peers around the board table. If you’re new to the board, you’re just getting to know some of these people. Ideally, you’d like to make a good first impression so you can present your views with confidence and avoid having your comments fall on deaf ears.

Does that sound familiar?

I’ve been there. I’ll always need to work on my influence skills - one board meeting at a time. That’s because I don’t come from a position of power or corporate heft, and my chequebook doesn’t carry a lot of weight in board decision-making. But all that doesn’t give me an excuse for not exerting influence.

Today’s edition of The Savvy Director is designed for those of you who want to cultivate their influence skills in the boardroom. We all have a different level of influence going in. That level naturally grows with experience and confidence. Making the decision to consciously work on it – that’s key.

You’ll find some excellent resources listed at the end of this article, but the bulk of the content is based on an interview with business presentation mastery expert, Lauren Sergy, owner of Up Front Communication. I had the opportunity to discuss this topic with Lauren a few months ago and she had such great insights that I wanted to share them with our Savvy Director readers. The interview has been edited for length.

I’m grateful to Lauren for the expertise she shared with our DirectorPrep community.

Here’s what we know:

Are you interested in gaining strength in this area? Let’s explore further.

You Don’t Need Power if You Can Influence Those Who Have It.

My conversation with Lauren provided advice for both board newcomers and those with board experience who’d like more influence in the boardroom.

Scott: If you’re brand new to a board, with or without director experience, what’s your advice for settling in over the first few months?

Lauren: The number one thing new people should do is observe and show interest in everyone else. Depending on the board, often you’ll get a new person who really wants to stake out their territory and make their mark right away. But if you’re too forward when you come into an established group, it can be interpreted as being presumptuous or overly disruptive.

Now, maybe you do want to disrupt what’s been going on. We all need disruptors every now and then. But you have to wait for your moment before you go there, so you have time to develop trust and build relationships with those around you.

Scott: What kind of questions?

Ask people ‘why’ and give them a chance to respond. That way, you’ll be perceived as considerate and thoughtful. You’ll have asked your question in a safe way as opposed to blurting out your opinion.

After that, you can start to work your way in. Give it a couple of months - at least a few meetings - before you really become bolder in expressing your opinions and disagreements.

Scott: If you’ve been on a board for awhile but you’re not in a position of influence, how might you focus your influence skills on those with power to get things done?

Lauren: What really matters is that you know who has influence. That’s the big thing, because if you can speak to them, if you can influence their opinions and their ideas, they’ll take that to the people with power.

Sometimes not being in power can be pretty sweet. You‘d be amazed how much you can get accomplished. When you’re not in power, you can challenge ideas. You can present your own ideas in ways that allow topics to be raised among people who do have power. You don’t have to be worried about whether or not it’s going to impact your position on the board or your standing with the group.

But if you’re not in power, you have to be okay with not being acknowledged for having a good idea, or not being congratulated when things go well. 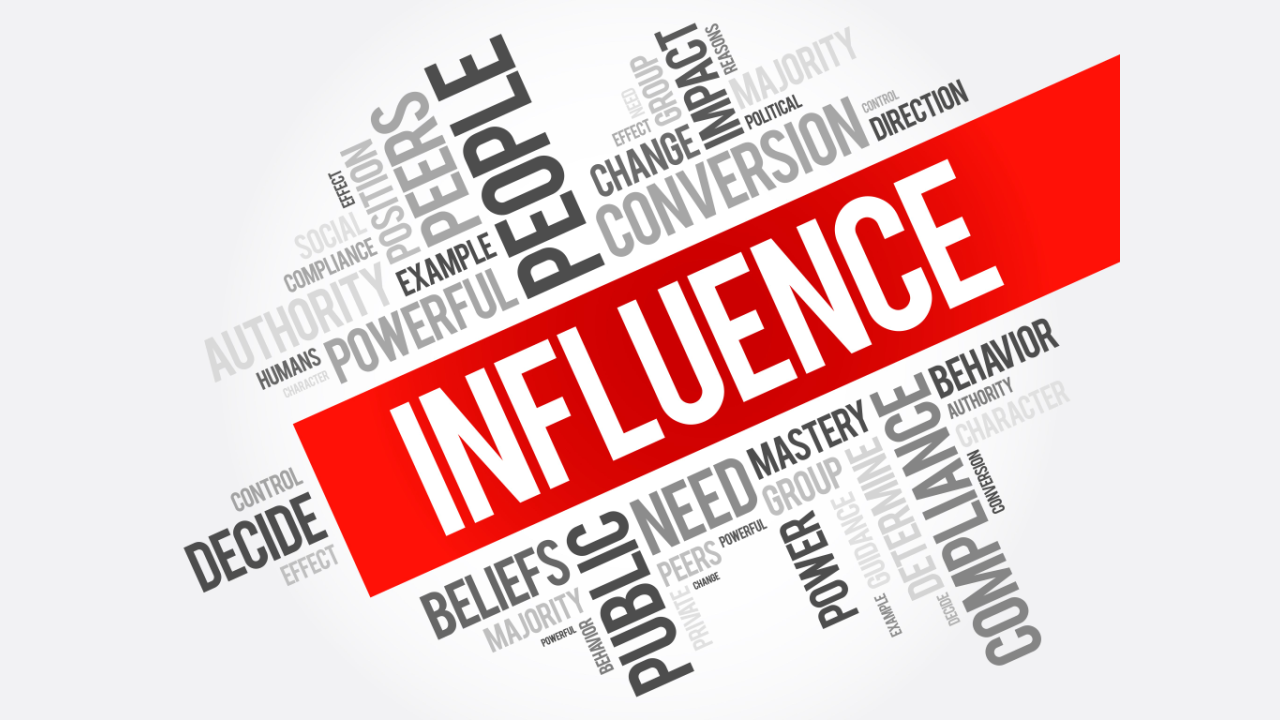 Influence is an External Communication Act

It’s more about how you say it than what you say.

Scott: The word ‘influence’ – in your view, what does it mean in the context of board work inside and outside the boardroom?

Lauren: Influence is the ability to ‘pre-suade’. Essentially, it’s your reputation preceding you. It’s the ethos that you carry with the people you interact with, that makes them inclined to go along with whatever you say, even before they hear it.

It’s the fact that people take stock in your ideas and opinions and what you have to say, without you having to prove it constantly. They look to you for direction, guidance, and advice.

Ethos is our sense of rightness of a person to be in the position they’re in, speaking to whatever they’re speaking to. It’s more than just reputation - it’s people sensing that you’re the right person for this role at this moment.

Scott: So why does influence matter?

Lauren: It matters because it allows you to persuade without even opening your mouth. The wonderful thing about influence is that it does a lot of the speaking for you. It primes people to buy into your argument. I don’t mean argument in a negative way - just whatever it is you’re putting forward to defend or back up the position you’ve taken.

Influence puts people in a frame of mind to accept your argument without you having to prove it overly much. And it also means people look to you for direction in forming their own thoughts and ideas. Influence brings with it a great deal of soft, unspoken power.

Scott: How do you develop your ability to influence others in a meeting?

Lauren: The best communicators do most of the work before the communication even happens. That’s the way of the world in most things - it’s all about the preparation.

It always comes back to your ability to fit in. You don’t have to be a clone – after all, you’ve been brought on board because you have specific knowledge, skills, talents, whatever, that makes you right for the role. But you want to be able to fit in where it counts. A lot of it has to do with understanding the group’s values, and these are signaled through things like clothing, language, jargon - those basic points of etiquette.

When you enter the room, spend time observing people. Show interest in everyone else first. Spin the conversation to other people because we like people who like us. And when you demonstrate that you’re interested in others and you show that you like them, they say, “I like this person too.” Now, they’re more inclined to like your opinions and contributions.

It’s this little build up. It may seem like we shouldn’t have to use this kind of technique, but it’s caveman level social behavior among humans. Really, it’s just good pro-social behavior. People who are good communicators tend to be influential because they understand this social connection, how people form relationships.

Having influence is a sign that you’ve cultivated a good trusting relationship with others. It takes time to cultivate, but you’ve got to do it.

Influence is Cultivated. It’s the Cultivation of Trust.

If, on joining a board, your impressive reputation or executive presence precedes you, there’s a period of time when people will decide whether you keep their trust. If you violate or break that trust – for example with a conflict-of-interest situation - it takes time to rebuild it.

The level of influence that you’ve earned is a direct reflection of the trust people have in you. If you have influence built up the right way - not by being a bully, which just uses manipulation and fear - people trust you.

By being able to build influence, you’re able to build positive relationships with the people that you’re working with. That’s a foundation for clear, productive communication.

The board speaks with one voice. All board decisions are collective, so no single director has the power to make decisions. That makes the ability to influence perspectives, viewpoints, discussions, and ultimately decisions an important skill for Savvy Directors.

We gain influence by developing our skills in questioning and dissenting constructively. Tone and style are at least as important as the actual subject being discussed. While board questions should be persistent, incisive, and direct, they must also be respectful and collaborative. Otherwise, trust is damaged. And you can’t have influence in the boardroom without trust.

Coming Up in Part Two

In the next edition of The Savvy Director, we’ll have part two of our conversation with Lauren Sergy covering the following in support of Cultivating Your Influence in the Boardroom: