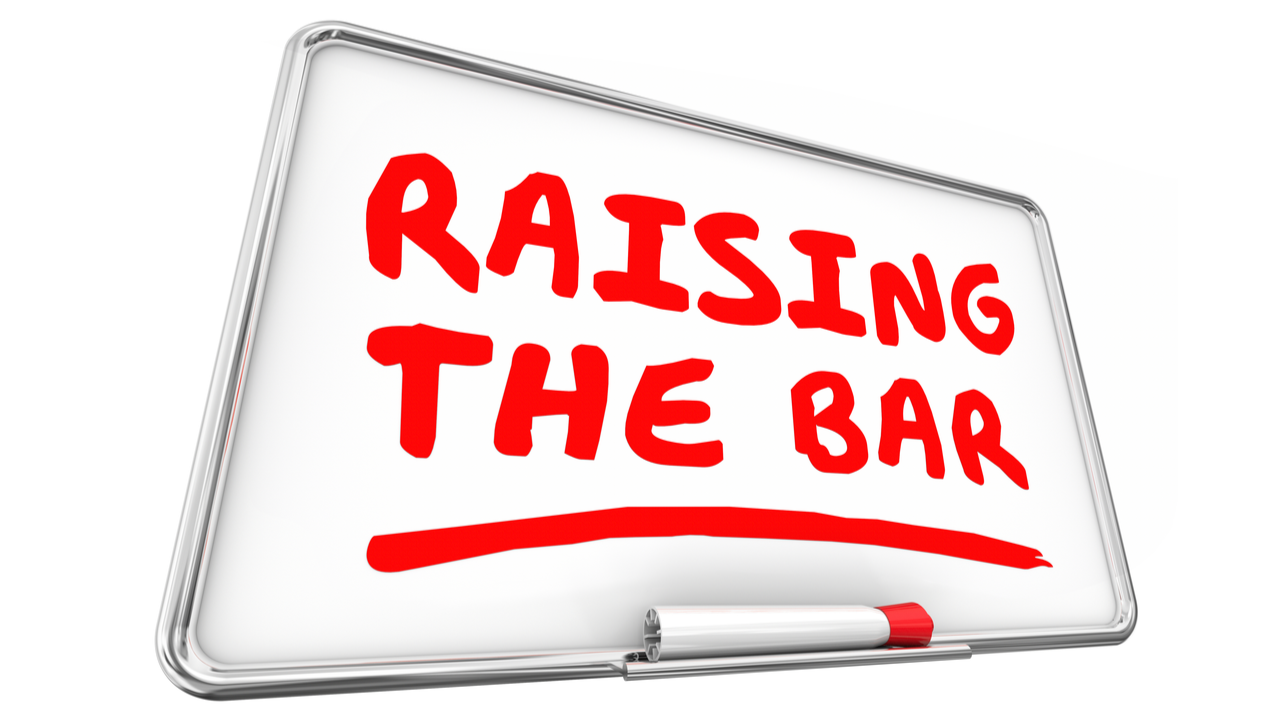 Lately there has been a bit of a furor in our local press about a government-appointed board chair who travelled out-of-country, contrary to public health guidelines. There have been dozens of letters to the editor, editorials and opinion columns on the topic, as well as the usual social media storm. All of this ended up with the government changing its position, stating that all appointees must refrain from travelling for leisure purposes or risk losing their positions.

Don’t worry. I don’t intend to weigh in on that controversy. It’s become quite political, and that doesn’t really fit with the role of The Savvy Director blog. But the situation gives rise to an interesting governance question.

What caught my attention about this situation - from a board governance point of view - were opinions expressed by two government-appointed board directors.

One opinion was based on the argument that the offending behavior – travelling for leisure purposes – was legal. This board director was quoted as saying, "The fact is, I'm not doing anything illegal. If they wanted to stop people from travelling, then they should have closed the border and be done with it."

The second opinion was based on the argument that the behavior was ‘perfectly acceptable.’ This view came from a board director who resigned his board position, saying he didn’t want to bring embarrassment or dishonour to the organization he serves. He stated, "Part of the problem is that even when you’ve followed all of the health standards, which we all try to do, that the rules seem to be changing and as a result of that, you can find that you did something that was perfectly acceptable and then it’s not."

Both these individuals felt that the public outrage, as well as the government’s new position, were unfair to the hundreds of members of government-appointed boards, commissions and agencies. Interestingly, the fact that they are volunteers, or receive only minimal compensation, contributed to their view of unfairness.

But, for the public, whether or not there was any compensation involved was completely immaterial. They felt that these board members should be held to a higher standard – not simply ‘legal’ or ‘acceptable.’ In their view, board directors are leaders who should model the best behavior. Period.

For me, the governance question that arises from this situation is, quite simply, this:

‘How should a board director’s conduct be judged?’

The Basics - Codes of Ethics and Conduct

A code of ethics sets out general principles to guide the behavior of an organization’s employees, management and board. Its purpose is to set out the ethical premises under which all decisions should be made. Whenever people are faced with difficult situations or ethical dilemmas, the code of ethics should come to their rescue and give them a clear indication of the best course of action.

Most organizations of any size have a formal, written code of conduct. This is true whether the organization is for-profit or not-for-profit, and regardless of whether or not board directors are compensated for their service.

An effective code of conduct can enhance an organization’s reputation and reinforce its culture by emphasizing each individual’s responsibility to observe it. In addition to fulfilling regulatory requirements, the code of conduct should accomplish the following:

Directors themselves should be subject to the code of conduct. My personal opinion is that it’s better to have a code that is specific to the board - rather than a more generic code that covers everyone. A board-focused code of conduct can deal with behaviors and expectations that are specific to directors.

Directors should sign off when they first join the board and annually after that, but the board’s obligations go further than an annual sign off. 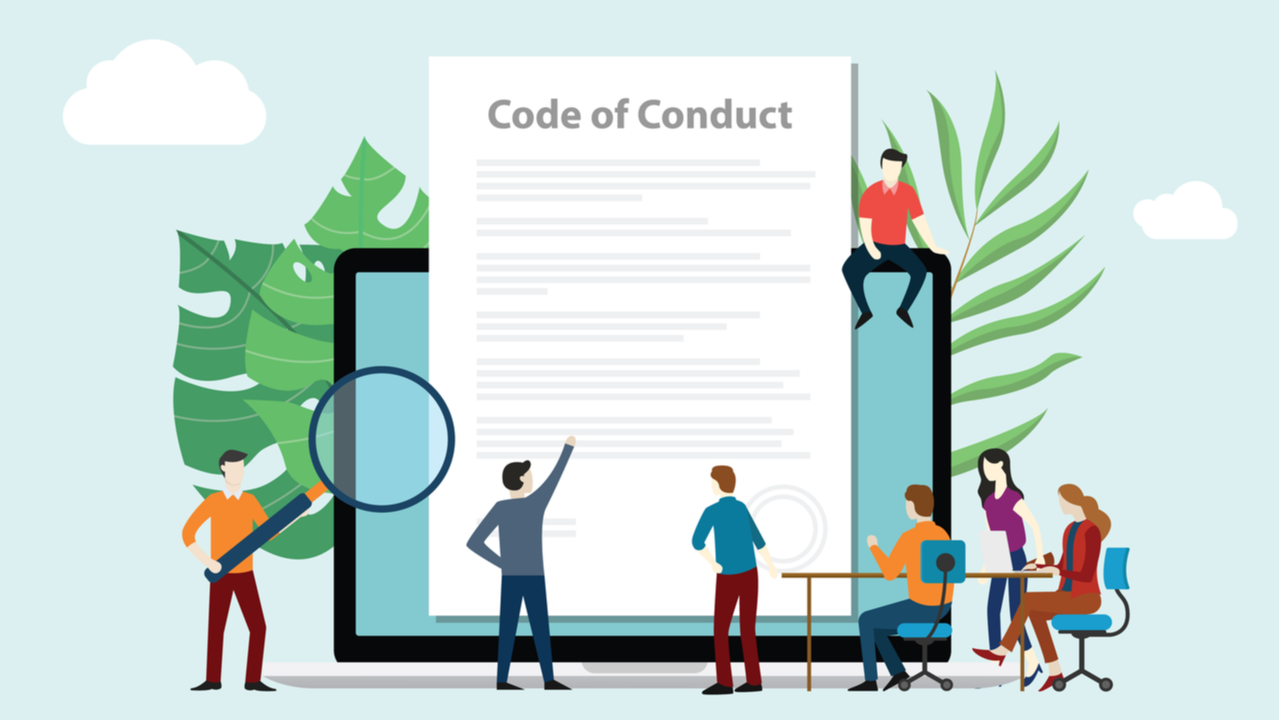 A board’s code of conduct typically deals with directors’ legal duties, confidentiality, conflicts of interest, respectful behavior in board meetings, relationships with management, honesty, truthfulness, and integrity, as well as other matters.

You’ll find links to examples of codes of conduct under Resources at the bottom of this blog post. At one extreme is a one-page, board-focused sample code of conduct for a not-for-profit organization, and at the other extreme is the Code of Conduct for RBC, one of Canada’s largest publicly traded companies, consisting of 24 slides and addressing everything from respectful workplace to financial crimes. I’m guessing that what your board needs is somewhere in between these extremes. You’ll also find a link to the recently approved Code of Business Conduct and Ethics for the Institute of Corporate Directors (ICD).

But let’s face it. There is likely no code of conduct anywhere that would have provided guidance on the topic of travel restrictions in the time of COVID.

And for that I turned my attention to a recent Forbes article by Michael Peregrine entitled The Pandemic’s Impact On Leadership ‘Tone At The Top’.

“The time-honored expectation that corporate leaders reflect a proper ‘tone at the top’ is undergoing a transformation, courtesy of the pandemic and its spillover effect on the economy and its stakeholders. The need for these leaders to project a commitment to ethics and integrity is discreetly giving way to the need for them to project an aura of competence, confidence and compassion. It is a transformation that the board and executive management might consider embracing - now rather than later.” – Michael Peregrine

The Forbes article argues that , almost overnight, the once-in-a-lifetime challenge posed by the pandemic has caused a dramatic shift in what is needed in terms of tone at the top.

“The need for ethics, a commitment to compliance and the value of corporate responsibility have not faded. But the current economic challenge requires a different tone at the top. … It is a tone that actively seeks to build stakeholder trust in leadership’s ability to sustain the company—and its value—through both a short term crisis and a long term recovery.” – Michael Peregrine

The author lists the following attributes that are now needed in an organization’s leaders:

“This is not by any means a complete list. But it suggests the contours of a new leadership tone at the top; one specifically attuned to the fears, goals, yearnings and expectations of stakeholders during this extraordinarily vulnerable moment. At a time of historic crisis, a more evolved, forward-looking and visionary tone may be what stakeholders need to see and hear in order to maintain faith in challenged institutions.” – Michael Peregrine

So, in conclusion, what’s our response to the question posed at the top of this blog: “How should a director’s conduct be judged?”

In my view, it’s okay to judge a director’s behavior against the expectations enumerated in an organization’s code of conduct, as long as what you are assessing falls into the realm of ethics and integrity.

But in today’s reality, with the challenges we’re all currently facing, I would argue that board directors also need to think of themselves as leaders whose behavior is judged against a higher standard – a new standard of leadership. And I think the attributes outlined in the Forbes article go a long way to articulating what that new standard looks like.

Share Your Insight: In your view, how should a board director’s conduct be judged in today’s environment?