Governance in the News 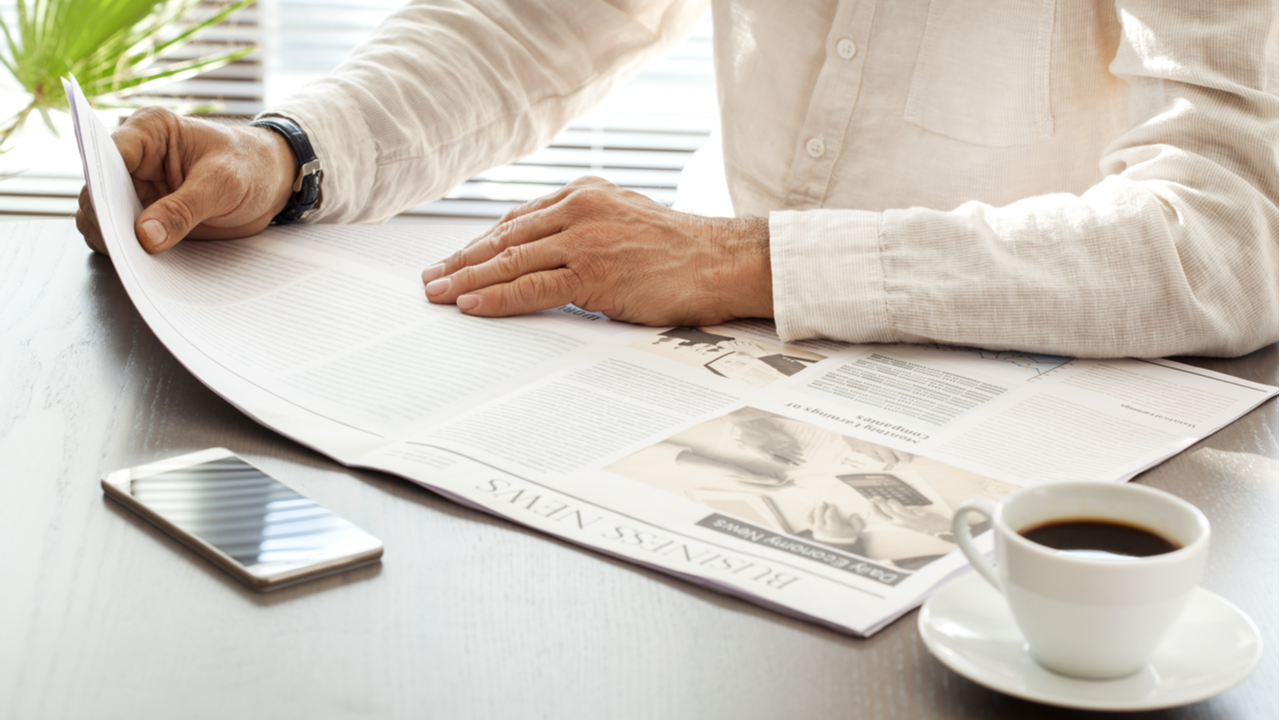 Whenever I spot the words ‘governance’ or ‘board of directors’ in a headline, I automatically know the story will not be a positive one. As far as I can tell, no reporter has ever written a good news story about a board of directors.

Instead, governance stories in the news tend to focus on conflict, crisis and failure – shedding light on goings-on and machinations that were not meant to be in the public eye. However disturbing, these stories make fascinating case studies.

So today I’m going to take a look at two recent examples of board governance in the news. For our non-Canadian readers, I should mention that these concern two well-known Canadian organizations. As it happens, both are membership-based organizations.

I hope you find these case studies as thought-provoking as I did. As you read, give some thought as to what a Savvy Director might learn from them.

MEC is a consumers' cooperative that sells outdoor recreation gear and clothing exclusively to its members. MEC is respected and admired in Canada for the breadth and quality of its merchandise, the expertise of its staff, and its commitment to the environment.

Like all co-ops, MEC is owned by its members. It’s governed by a nine-member board of directors elected by the members. The MEC website waxes poetic about its co-operative roots:

“We’re a co-op. That means we’re a little different than most outdoor gear stores. Everyone who shops here is a member and an owner, and our business structure is designed around values, not profit. But there’s more to MEC than just that. When you join, you become part of a community of more than 5 million people who love to get active outdoors. As a member, you’re a voting shareholder.” – MEC website

I’m one of more than five million Canadians who are MEC members. I joined years ago because I wanted to buy something, and joining – it only costs $5 – was a requirement. Other than that purchase, and maybe a couple of others over the years, I’ve never thought twice about what it means to be a member of MEC.

Many other MEC members probably take a similarly passive approach, but there is a core of the membership that is extremely passionate about and loyal to the organization. These are the people who take an interest in the organization’s governance and vote in the annual board elections.

Despite its professed commitment to co-operative values, news recently broke that MEC is being sold to a US investor. Members reacted with surprise and anger. More than 130,000 of them signed a petition to reverse the sale, and they raised money so they could have a voice at the legal creditor proceedings.

Nevertheless, the court recently approved the sale of MEC’s assets, which include merchandise, buildings, real estate and – perhaps most valuable of all in this digital world – member data.

As of now, the members are waiting for the judge’s written decision before deciding whether to appeal the decision.

How did this happen?

Some observers trace this moment back to 2013 when the board dropped the word ‘co-op’ from its marketing and adopted a rule to disqualify director candidates that the board felt weren’t up to the job.

To justify these changes, the board said it needed board members with experience running big, complicated companies to face off against online competitors and big outdoor retailers. The underlying assumption was that the average MEC member just wouldn’t be able to cut it. It’s no surprise that today the MEC board has few, if any, directors with co-operative experience.

Having set the tone at the top with that rule change, the board built a leadership team without co-operative experience or understanding. They began to erode the members’ voice and to foster a culture that considered member involvement to be a problem rather than a strength.

“Co-operative governance is mostly about setting the organization’s direction, maintaining legitimacy with members and ensuring a strong workplace culture and good relationships with the community. Experience at a big private company provides no obvious advantage when it comes to these assets.” - Marc-Andre Pigeon, The Conversation

In any event, starting at about the same time as the rule change, MEC embarked on an aggressive expansion strategy fueled by taking on significant debt. The resulting financial difficulties, worsened by COVID shutdowns, meant that by March of this year the MEC board was seeking refinancing options, and by June, having cancelled its May board elections, it was seeking a buyer.

Angry MEC members are now calling for accountability and accusing the board of failing to meet its duties. Candidates in the canceled board election had this to say:

“It calls into question all co-ops and all organizations that have a similar set up where members or stakeholders are not given an opportunity to have a say in the future. There were lots of opportunities where the candidates and members could have been informed about what was happening … ”

Now, before reading another story about a very cranky membership group, why not give some thought to the following. Hint: there are no correct answers. 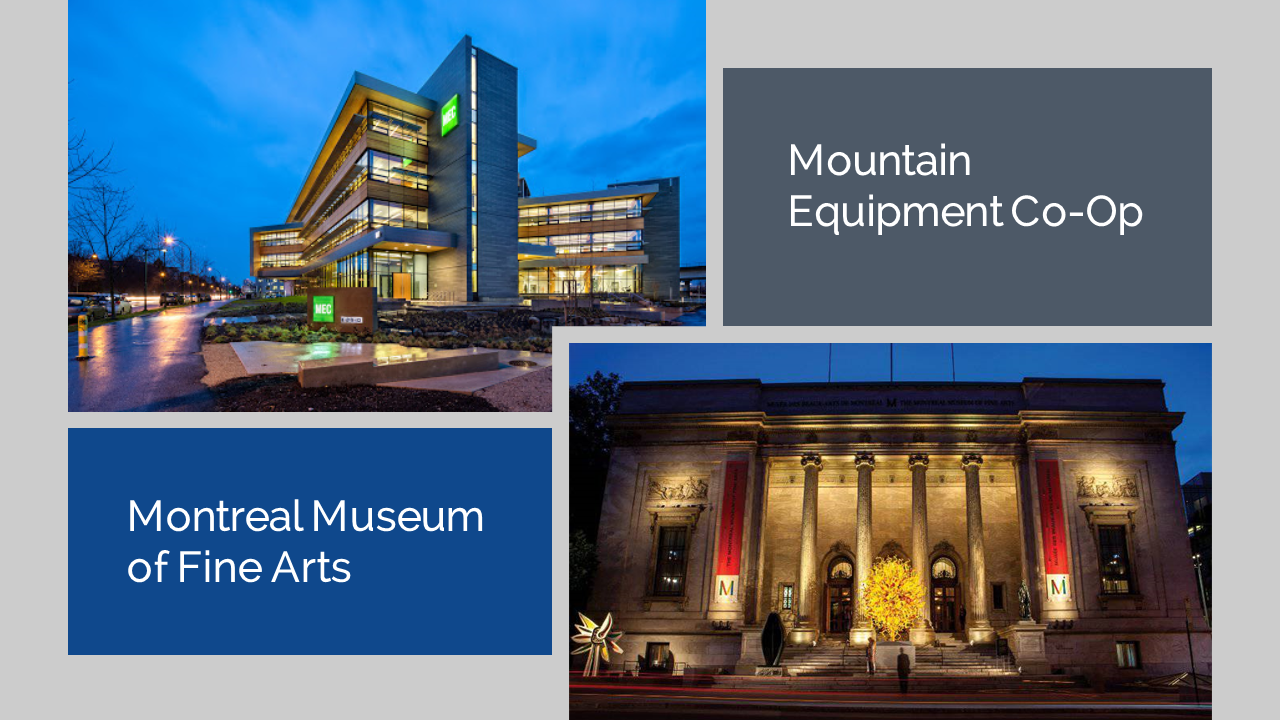 The MMFA is a well-known cultural institution in the city of Montreal and a huge tourist draw. Its renowned director, Nathalie Bondil, has been awarded the Order of Quebec, the Order of Canada and France’s Légion d’Honneur. During her tenure she oversaw a period of blockbuster exhibitions, innovative programs, a growing international reputation, and rapid growth in attendance.

And yet, this summer saw a series of unexpected events: the MMFA volunteer board fired Ms. Bondil, the board chair stepped down, Ms. Bondil sued the board for defamation, the government commissioned a report, and the museum’s membership rejected three out of four director candidates nominated by the board.

How did this happen?

Some observers trace the root of the problem back to 2007, when the board chose Ms. Bondil, who had been at the museum since 1999, to replace the outgoing director. Upon assuming the director’s post, she also retained the job of chief curator. One observer commented:

“That’s the moral of this story; those are the two most demanding jobs in a museum. Director and chief curator should never be the same person. You can blame the board, not for hiring her - she’s a very talented person - but for promoting her while letting her keep her old job.” – Marc Mayer, former director of the National Gallery of Canada

Regardless of that criticism, under Ms. Bondil’s leadership, both running the institution and planning its shows, the museum thrived, becoming the most visited art museum in Canada.

Inside its walls, things were not so rosy. Museum staff were deeply unhappy, describing the management style as chaotic and unprofessional. The unrest culminated in employees complaining to their union. The union, frustrated with a lack of response from management, took the matter to the board of directors.

That’s when things got interesting!

The board ordered an independent review into staff complaints. A key recommendation of the report was to appoint a curatorial director to act as a buffer between Ms. Bondil and her curators. Ms. Bondil accepted the recommendation and began the process of filling the new post.

By the time that candidates were being interviewed this June, it was clear that the board and Ms. Bondil were far apart in their assessment of who should be selected. She was excluded from the last round of interviews, and the board overruled her choice and selected their own preferred candidate. Ms. Bondil refused to sign off on the news release announcing the new appointment.

Stories about the disagreement began to appear in the local press. The board accused Ms. Bondil of being the source of the leak and fired her.

“Nathalie Bondil was dismissed because she betrayed the confidence of the Board by refusing to address pressing workplace issues … by her inappropriate behaviour during the process that lead to the appointment of the … curatorial director, and by discussing confidential and misleading information with the press.” – Fact Sheet accompanying the Board’s statement

Shortly after this, Ms. Bondil filed her lawsuit, the board chair stepped down, and the Quebec government commissioned a third-party investigation to consider, among other things, whether it’s a conflict of interest to have major donors on boards, the importance of separation of powers between a board and a general director, and the principle that the chair of the board should not run the institution. The recently released report concluded:

The final chapter (or maybe not!) took place at the recent Annual General Meeting, where the museum’s members finally had their say. With four board seats up for renewal, the nominating committee had put forward four candidates – three incumbents and one new candidate. The membership rejected all but one, instead electing three external candidates to fill the vacancies.

Give some thought to the following. Hint: there are no correct answers.

Where was the board?

As I mentioned at the outset, governance in the news never seems to be a positive story. To start writing this post, I did a quick Google search of the phrase ‘Where was the board?’ Look what I found:

I think it’s pretty clear that, when someone asks, “Where was the board?” they’re not looking for the board so they can pat them on the back and thank them for a job well-done. Instead, it seems that all these investigative reporters and headline writers are looking for boards so they can ask some probing questions and, more importantly, assign blame for assorted misconduct, scandals, crises, and fiascos.

The best situation for any board of directors is probably to stay out of the limelight. The board’s impact should be felt - through its decisions, its questions, its tone at the top, the CEO it selects, the way it holds management to account, and so on – but the board itself does not need to be highly visible. Except, of course, to the organization's members. In that case, the board needs to communicate openly and transparently.

For my part, I think that’s the way it should be. Like most of the board directors I know, I didn’t set out to be thanked, or even to be noticed. In fact, as I wrote in an earlier blog, I am Grateful to Serve. And, believe me, I will be quite happy if the question ‘Where was the board?’ is never posed to any of the boards that I serve on.

Share Your Insight: How do you make sure your board stays true to the organization’s values?