Larry in the Boardroom 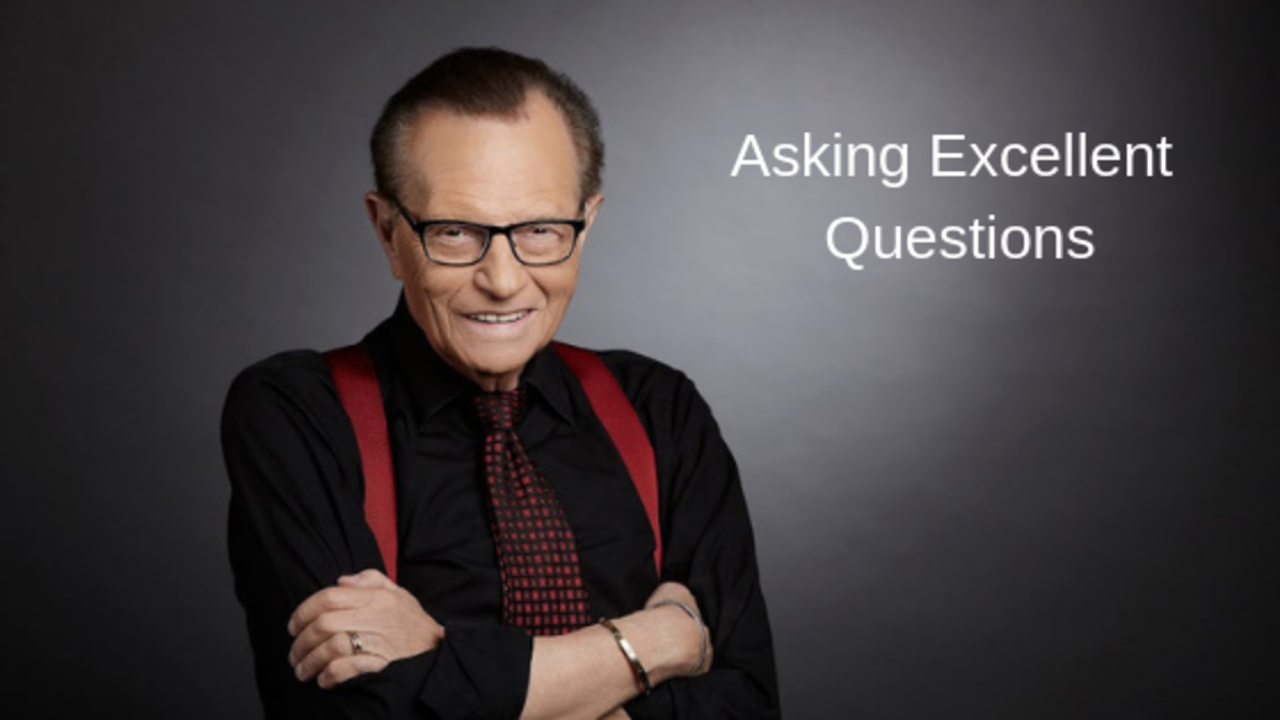 Image from Breakfast with Larry

Have you ever wondered what the late talk show host Larry King would have been like as a board director?

Let’s say the board was questioning the CEO, and that Larry had actually prepped for the board meeting. What kind of questions would he have asked?

Given that one of Larry’s favorite questions for authors was “Why the book?”, I imagine that his fellow directors might have heard him ask the CEO questions like:

Do you see a pattern?

Short, concise, powerful questions designed to get the respondent to think about their answer. Larry told people that he was the master of the ‘dumb’ question - in reality, a brilliant question because it put his guests at ease, caused them to open up with their answers, and resulted in great discussions.

“I’m a who, what, where, when guy. I ask short questions. I get to the point. The person I am interviewing knows that I’m interested in what he or she has to say. They know I’m listening to their answer. I have a pace that is natural.” - Larry King

The passing of legendary CNN personality Larry King - on Saturday January 23, 2021 - brought back many memories for me. Given that I do board work, I couldn’t help but think laterally about whether all those years of watching him on TV, or listening to his late night radio talk show, rubbed off on how I think about leveraging the curiosity skills we all have.

Much has been written about Larry King’s ability to put guests at ease and draw them out on topics they had no intention of talking about. He used empathy and emotional intelligence naturally - before those were buzz words - to put himself in the shoes of his guest and his viewers. What did the audience want to know? What did the guest want to share? And what didn’t they want to share?

How does all this relate to the boardroom?

I’m thinking about how we, as directors, ask questions of the CEO (or of ourselves). Are we asking short, simple questions to draw them out and build trust? Or are we more like our favorite sportscasters, who have a habit of justifying their question with a two-minute monologue before getting to the point and asking it?

That’s like listening to a fellow director go on and on to justify what they are saying. When that happens, all I want to do is to be like Larry and get the discussion back on track by asking, “What’s your question?” That tends to move things along. (Board chairs should take note.)

Larry King succeeded for decades because he learned to ask questions, listen closely, and follow up correctly. That meant having the self-discipline to stay out of the way of the answer. Once the guest filibustered or grew boring, he moved on.

That reminds me of when a good board chair senses it’s time to move on to the next agenda item.

Larry’s approach worked on CNN for 25 years. Why?

First, the program ‘Larry King Live’ was an original concept, the brainchild of owner Ted Turner. There was no show like it on evening prime time. In the late ‘80s, there were no right-wing or left-wing TV networks. CNN was mainstream, right down the middle politically. Back then it was still a news channel, with a news broadcasting license. 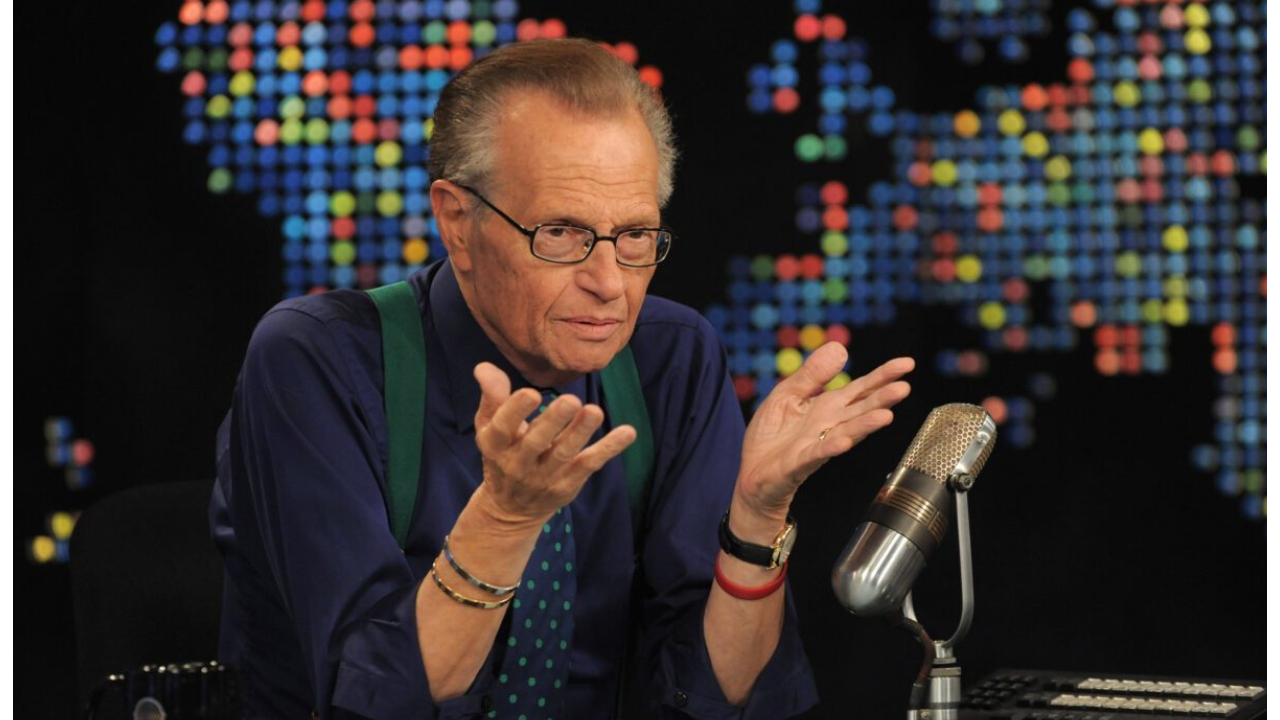 Today CNN is about entertainment, like all the other news channels. In the early ‘90s, we watched the Gulf War in real time on Larry King Live, heard ‘breaking news’ that really was new information, saw Ross Perot declare his run for President (although he hadn’t intended to announce when he started the show. How did that happen?) Larry asked great questions and created a safe environment for his guests.

Doesn’t that describe the kind of board culture that leads to the best discussions and the most sound decisions?

Like a savvy board director, Larry King had a long career because of an insatiable curiosity and desire to hear what his guests had to say. He wasn’t afraid to betray his ignorance. Admitting lack of knowledge is a trait of emotional intelligence (EI). Then he listened to the answers, another attribute of EI.

He was well-read, but knew he didn’t have to ask his guest every single question from a prepared list. His tremendous listening skills triggered the most important question of all - the follow-up question. Follow up questions demonstrate that you are truly listening to the response that came before.

“I’ve never gone on the air with the idea to embarrass a guest or build down a guest. I’m there to learn. I never learned anything while I was talking.” – Larry King

Think back to your boardroom. Are there good follow-up questions? Can your CEO say they know their responses have been truly heard? Are board directors learning from the CEO’s responses, or are they still talking?

As the decades wore on, Larry King retired from network television and moved to the online space. Younger thought leaders like Brendon Burchard sought his mentorship and guidance, and Larry was only too ready to give back.

While, to me, it seems an understatement to say that Larry will be missed, I’m not sure today’s news media would agree. It’s a different business now. Back in CNN’s pioneering days, there was no such thing as social media.

All I know is that, many years ago when I would call home from thousands of miles away, Mom would always ask, “Did you see Larry last night?”

There are not many news personalities around today who could appeal across generations that way.

Your takeaways from Larry’s Boardroom:

Share Your Insight: What is your favorite ‘Why’ question in the boardroom?