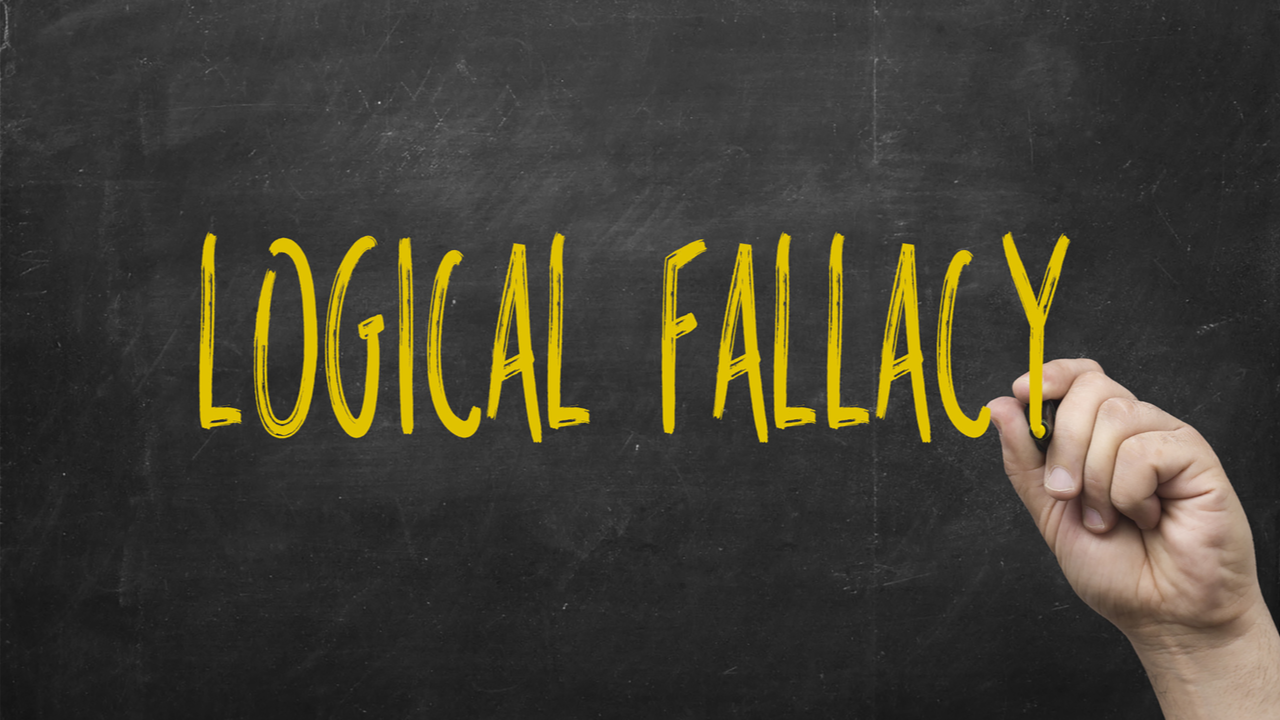 Ever since I decided to write this blog post about logical fallacies in our boardroom debate, I’ve had this refrain going through my head. I’m hoping that by sharing it with you, I will finally be free …

- with apologies to Olivia Newton John

But seriously, logical fallacies, which are flaws in the way we apply basic logic to make arguments and solve problems, play a significant role in how people think and how they communicate with each other. That makes them a useful topic to round out our Savvy Director exploration of how thinking problems can hinder the effectiveness of directors and the boards they serve on.

Let’s take a look at how logical fallacies can interfere with a director’s ability to think clearly and rationally about the issues their board is wrestling with, and what to do about it.

Logical fallacies are patterns of reasoning that contain flaws either in an argument’s structure or in its premises. The premises might be untrue, or they might just be totally unrelated to the topic at hand.

There are a great many logical fallacies that impair our thinking. For example:

It’s important to be aware that people sometimes use logical fallacies intentionally to mislead others, to compensate for a lack of real arguments, or just to change the subject. A common example is the red herring fallacy, where someone presents irrelevant information in an attempt to distract others, avoid a question, or shift the discussion in a new direction. It’s no surprise that politicians are masters of this technique which they often use to distract from their failure to answer difficult questions.

An example of a red herring is a corporate executive who’s asked “what do you think about your company’s new environmental policy?”, and responds by saying “the company is making great progress in product development that we hope will help our customers”. - Effectiviology

Logical fallacies – both intentional and unintentional - can and do come into play in the boardroom. How could a savvy director deal with them?

First of all, before you counter an argument that you think is fallacious, make sure that it really is! Slow down your own reasoning so you can properly think through the argument, or ask the person making the argument to clarify their position.

Secondly, remember that people may use a logical fallacy unintentionally. In fact, you might be doing so yourself. Examine your arguments and see if you can identify any flaws in structure or premises. If so, adjust your reasoning to fix the flaws.

To counter a logical fallacy, first identify the flaw in reasoning – is it a flawed structure or an untrue or irrelevant premise? Once you’ve identified the problem, you can counter it by explaining the problem with the structure or premises and providing examples.

Keep in mind that sometimes dismantling the logic behind the reasoning and highlighting its flaws might not work at all. That’s because – surprise, surprise – human interactions are about much more than just exchanging logically sound arguments with one another. If that’s all there was to it, board meetings would be as easy as solving a Sudoku puzzle! But, alas, there are all kinds of social and psychological factors at play in every human interaction – board meetings included. Sometimes it’s impossible to ‘get logical’.

You may have to accept the fact that sometimes the best way to respond to a logical fallacy isn’t to address it from a logical perspective at all, but to modify your own argument or refuse to engage with the fallacious argument entirely.

Now let’s take a deeper dive into two specific logical fallacies, strawman arguments and false equivalence. How do they affect board deliberations and decision making, and what can be done about them?

A strawman fallacy occurs when a person distorts their opponent’s argument in order to make it easier to attack.

For example, consider this argument:

In the boardroom, it’s not hard to recognize strawman arguments if you’re paying attention. When you realize there’s a mismatch between your stance and the stance that another director is attempting to refute, it’s a clear sign that a strawman is being used. But what can you do about it? 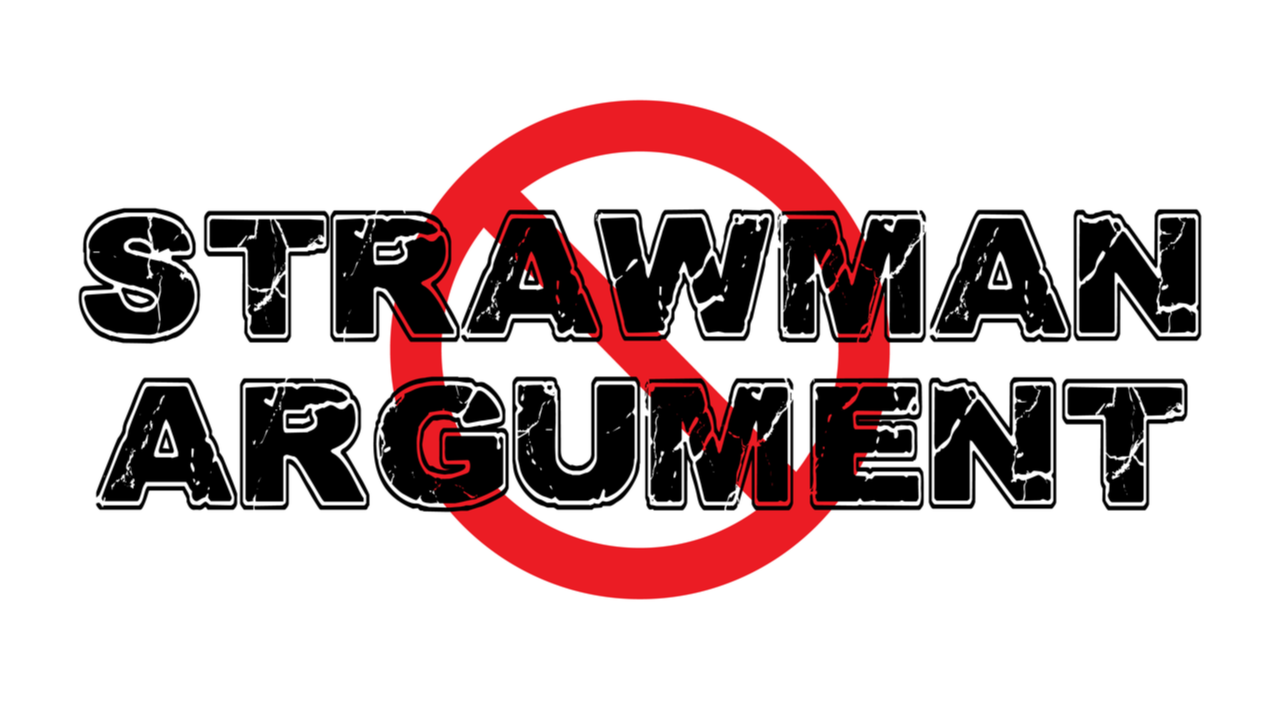 An important factor to keep in mind when countering a strawman argument during a board discussion is that you have an audience, namely, the rest of the board. Chances are that most of the directors are sitting back and observing the process that is unfolding between yourself and the other director. They may reserve judgment and defer formulating their own view while this interaction is taking place.

The presence of this ‘audience’ is important to take into consideration when you choose how to respond to a strawman. Often your focus should be on persuading them rather than the one director you are debating with. Which technique would best persuade the rest of the board? That depends. Some people might need you to explicitly call out the use of the strawman, while others might expect you to simply ignore it. Knowing your audience is part of becoming familiar with the culture of your board.

I saw this play out in real time at a recent board meeting. The board was discussing how to respond to an external threat facing the organization. One director proposed a particular course of action, a second director responded with a strawman argument, and the first director called him on it. I, along with the rest of the board, sat back and observed. The director who pointed out the strawman ended up winning the day. Was it because of the logical technique? I can’t be sure, but it didn’t hurt.

By the way, sitting back and observing the debate is not a lazy thing to do. It’s not always necessary for a director to weigh in on every topic. Listening is just as important, if not more so. For more about the value of listening, check out our blog post Listening Skills for Influence in the Boardroom.

False equivalence occurs when someone incorrectly asserts that two or more things are equivalent, simply because they share some characteristics, despite the fact that there are also notable differences between them. False equivalences generally exaggerate similarities and ignore important differences in whatever is being compared, whether it’s people, actions, or arguments.

There is generally some subjectivity – and therefore some disagreement – in determining whether or not a particular equivalent is false. The most common false equivalences are:

In my view, false equivalences are common in the boardroom, although perhaps not intentionally. We equate things – projects, risks, processes, customers – all the time, without questioning whether or not their characteristics are similar enough to justify the equivalence. Of course, whether or not this gives rise to a significant issue depends entirely on the situation. Still, it’s worth thinking about and asking yourself the question, “Are these two things really equivalent?”

To counter the fallacy of false equivalence:

Today’s blog about logical fallacies rounds out our exploration of boardroom thinking problems. I’d like to thank DirectorPrep co-founder Alice Sayant for her help with researching and writing about these topics.

We’ve written a lot about thinking problems because we believe that it’s important for board directors to pay attention to all the ways that we can, and do, stray from thinking in a logical, critical way without even being aware of it. It’s so important that it’s one of the Six Key Habits of The Savvy Director, namely Think Independently.

After all. a board director’s main job is to think – to think about finances, risks, strategy and people, and about all the other matters that come before a board of directors over the course of a governance year.

If you are interested in diving deeper into the topic of logical fallacies, the Effectiviology website is a tremendous resource about psychology and philosophy that have practical applications. You will find articles about mental performance, cognitive biases, social psychology and practical philosophy. Each article provides you with key takeaway points, and you can subscribe to the weekly newsletter to get a new article each week.

Below are a few Effectiviology articles on the topic of logical fallacies.

Share Your Insight: How would you counter a logical fallacy in the boardroom?