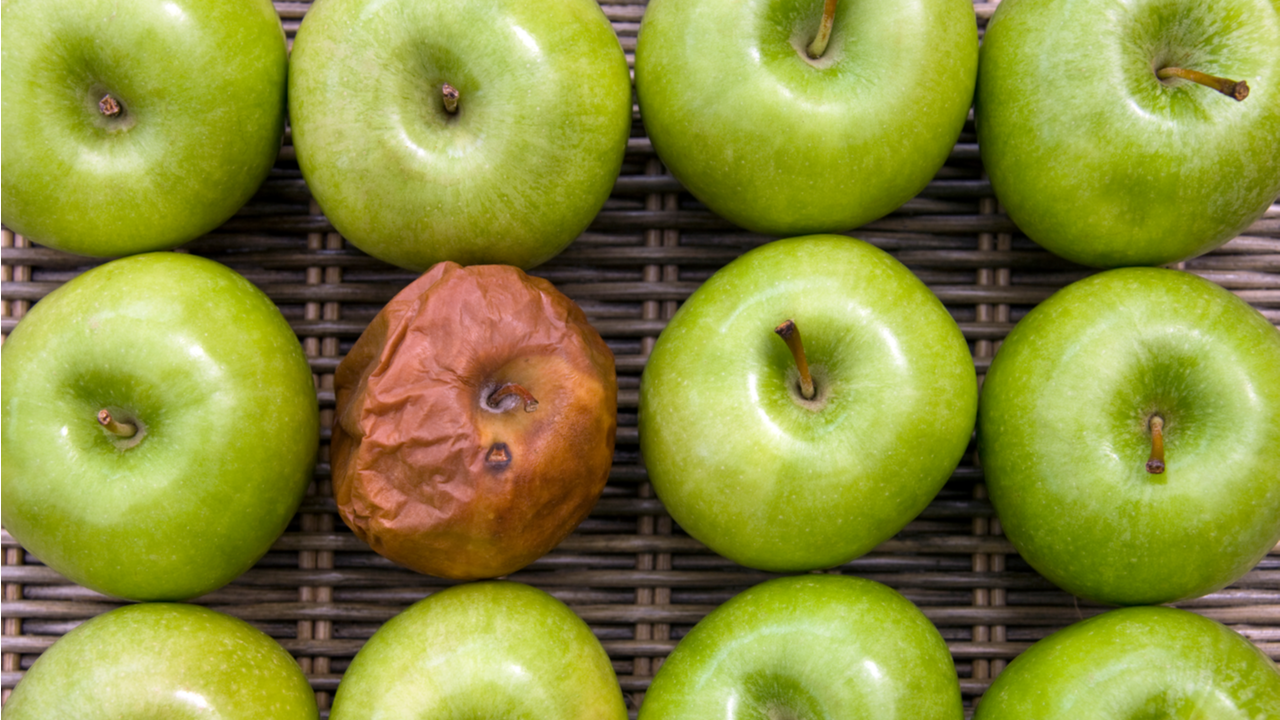 You know the old saying … ‘One bad apple spoils the bunch.’

According to Merriam-Webster, when we use the phrase ‘bad apple’ to refer to a person, we mean ‘someone who creates problems or causes trouble for others; specifically: a member of a group whose behavior reflects poorly on or negatively affects or influences the remainder of the group.’

Oddly enough, over time, the concept has been used to describe the opposite situation. In recent times, we quite often hear that ‘a few bad apples’ should not be seen as representative of the rest of their group.

When it comes to a board of directors, which is it? Does one troublesome director spoil things for everyone else on the board? Or is it a situation that we just have to learn to live with? The answer is … it depends.

What kind of behavior gets a director labeled as ‘difficult’ by their fellow board members? It ranges from annoying to toxic. It’s important to ask ourselves the question, ‘How much of a problem is this behavior, really?’ Is it disruptive or is it destructive? The answer will influence how we deal with it.

A yes answer to any of the questions below points to destructive behavior which is not in the interest of the board.

On the other hand, if we can answer yes to any of the questions below, we’re probably just dealing with disruptive behavior.

Sometimes directors – especially on non-profit boards - don’t fully understand the commitment they’re making when they accept a position on the board, and they may struggle to understand their role and the expectations placed on them. Directors who are unable or unwilling to fully participate, or whose behavior is annoying or irritating, will quickly become thought of as a bad apple.

Other directors are poor communicators, or they’re just contentious by nature. Fellow board members may cringe or may hesitate to voice their opinions. Meetings are unpleasant, but you can’t say these directors actually derail the work of the board.

We’ve probably all been frustrated by board members with this kind of frustrating behavior, such as:

Then there is another type of board behavior, that goes far beyond being just annoying, irritating, or disruptive. We might describe it as destructive, abusive, toxic, divisive, or even unethical. Left unchecked, a director like this threatens to be the bad apple that truly spoils the bunch. They cause outright dissension on the board and may even damage its reputation, making it hard to attract new directors.

Here are a few examples of board members with what I would call destructive behavior: 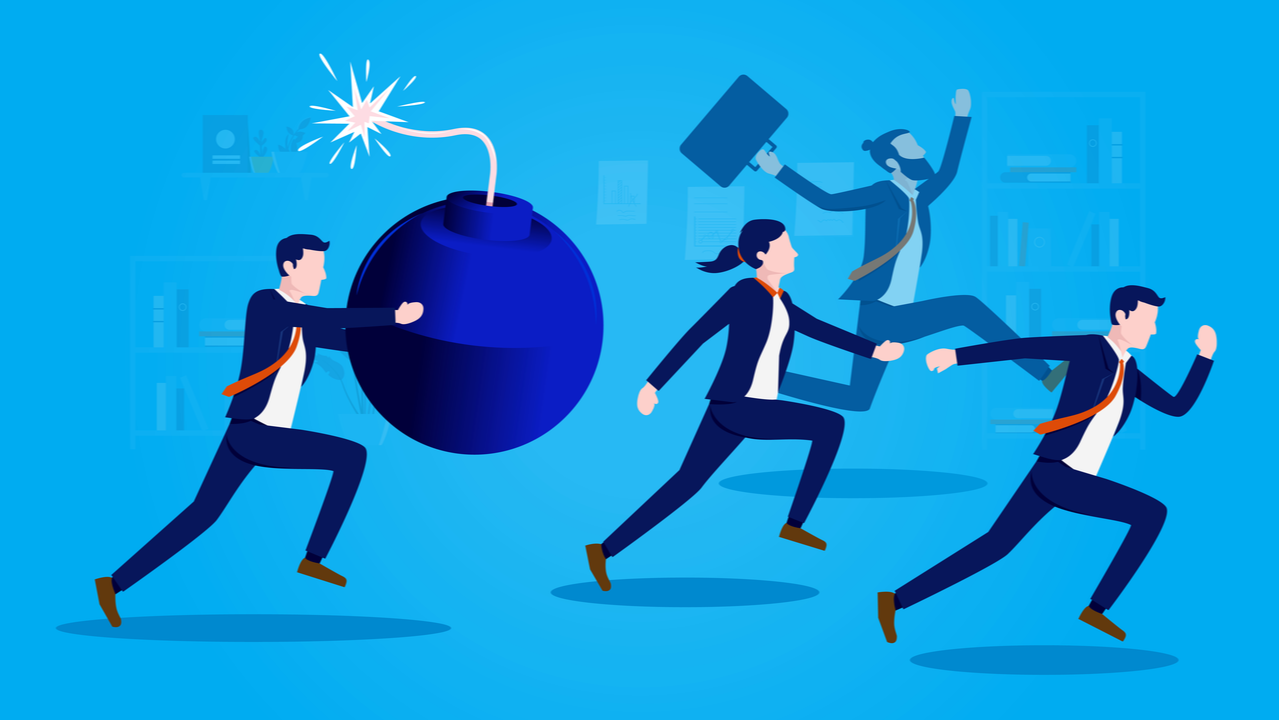 Four Ways of Dealing with a Difficult Director

Preventing the problem, managing it, taking action and saying good-bye are four ways that boards deal with a difficult director.

The best answer to the question, ‘How do we deal with a difficult director?’ is not to have to ask it in the first place. There are structures and practices that can reduce the possibility of having to deal with a bad apple on the board. They include:

Secondly, there are steps we can take to try to minimize the impact of bad apples. They include:

If procedural means are not effective, direct intervention might be in order. First decide if the behavior warrants confronting it. If the answer is yes, then the behavior needs to be addressed in a one-on-one meeting with the board chair, governance committee chair, or someone else whom the person holds in high regard and would listen to.

In the article 5 Tips for Dealing with Difficult Board Members, author Linda Wastyn offers these tips for what is bound to be an uncomfortable conversation.

When a board director is causing more issues than helping move the mission forward, other members of the board may recognize that it’s time for the problem director to leave.

Asking a board director to step down is uncomfortable for everyone. If the board chair has been having regular discussions with the director about lackluster performance, it shouldn’t come as a surprise. The director may be more ready to leave than others think and may be relieved that someone else brought it up first.

It can be difficult to ‘fire’ a board member who doesn’t want to step down. Statutes and by-laws can tie a board’s hands in terms of how and if a board member can be removed. As laws vary by jurisdiction, consulting a lawyer is advisable.

Timing is everything when it comes to making a decision about asking a board member to leave the board. The board has many things to consider, such as when term limits are up, whether it’s best to ride it out or take action, and whether the director’s departure needs to be permanent or temporary.

It’s best to think the situation through carefully, and not rush it. First consider all the options short of outright removal, including allowing a temporary leave of absence; creating a temporary non-board position for them; asking them to resign of their own accord; choosing not to re-appoint when their current term ends; or allowing term limits to expire.

In extreme circumstances, the board might have to consider removing a troublesome board member. The by-laws typically include language for impeaching a director for egregious acts such as conflicts of interest and not fulfilling board duties. It often involves a two-thirds vote by board members or the organization's full membership. This course of action should be a last resort, as it can be damaging to the board, the organization and the membership.

Removing a director is almost always an unsettling event for boards. It’s a good idea to debrief the remaining board members about the situation afterwards. The board should consider how to prevent such a situation from escalating in the future, perhaps by amending the by-laws or policies, tightening up the nomination process, improving the orientation and board training programs, and implementing the practice of the board chair providing regular feedback.

Share Your Insight: What ideas do you have for dealing with a difficult director?