You're Braver Than You Think 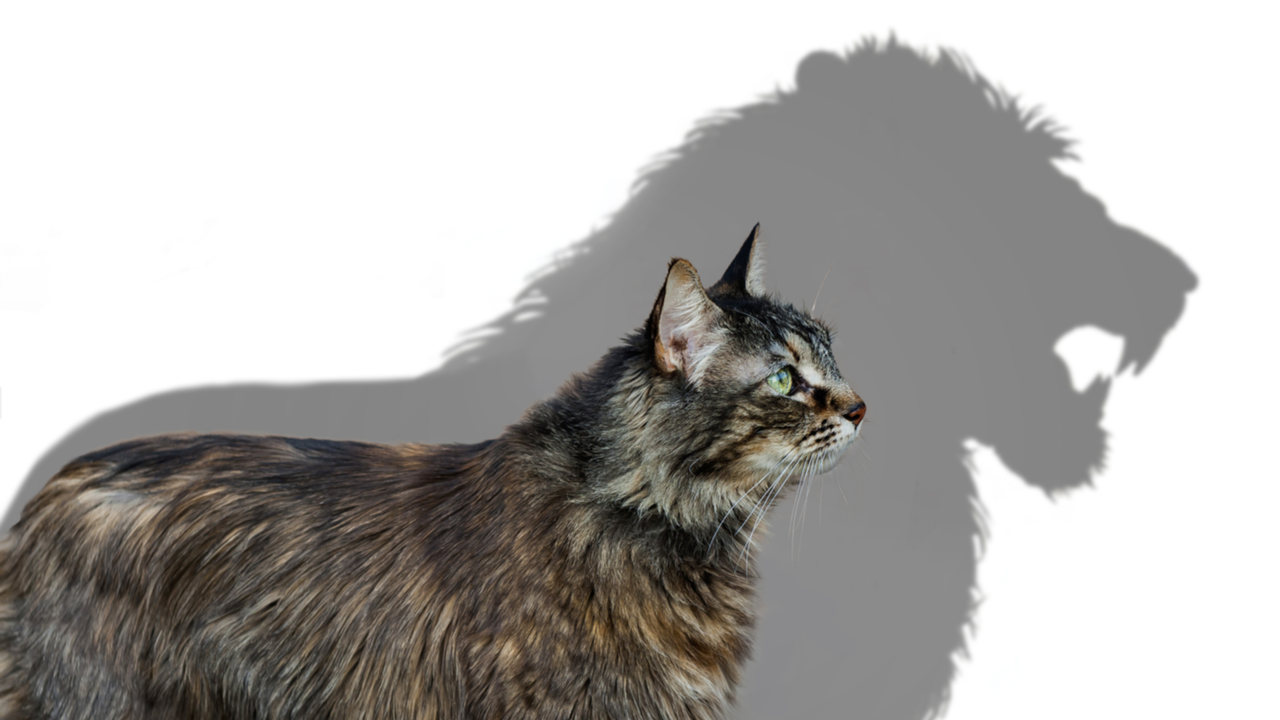 I’ve been meaning to write about governance courage for a while now. After all, it is one of The Six Key Habits of The Savvy Director.

And the Russell Reynolds research that inspired our Six Habits framework identifies ‘the courage to do the right thing for the right reason’ as one of the most important director behaviors that drive board effectiveness.

But the impetus for writing this particular blog at this particular point in time actually came from one of our Savvy Director readers, who responded to an earlier blog about Groupthink with the following comment:

“No one wants to be the director who disrupts the agreeable flow of the proceedings. But it is exactly this – sharing and listening to diverse views – that produces truly great outcomes at the governance level. The remedy ─ don't let fear outweigh courage. You are at the table for a reason and remaining silent isn't it. Whatever you have to contribute is likely exactly what the group needs to hear.”

I don’t know about you, but I find those words – “Don’t let fear outweigh courage,” – to be inspiring. And reminding myself that I am at the table for a reason, and that “remaining silent isn’t it,” – that’s gold.

And so, today, we’re going to explore the idea of governance courage.

What do we mean by ‘courage’ in the context of the boardroom?

Dictionary definitions of the word ‘courage’ have some subtle variations. For instance, Dictionary.com offers the following: ‘the quality of mind or spirit that enables a person to face difficulty, danger, pain, etc., without fear,’ whereas Collins English Dictionary defines it as ‘the quality shown by someone who decides to do something difficult or dangerous, even though they may be afraid.’ And Merriam-Webster states that courage is ‘mental or moral strength to venture, persevere and withstand danger, fear, or difficulty.’ (Italics are mine.)

To me, the idea that courage implies a lack of fear is not realistic. In fact, if you lack fear, then you don’t need courage at all. Instead, courage implies the presence of fear and the decision to withstand it and act anyway, or, as our reader put it, not allowing your fear to outweigh courage. So, the Collins definition rings true for me:

“Courage is the quality shown by someone who decides to do something difficult or dangerous, even though they may be afraid.”

It’s pretty much universally acknowledged that directors do need courage in order to be effective. But what is there to be afraid of in the boardroom? After all, there are no physical dangers, no life-and-death situations. But the fear of embarrassing ourselves, or of being wrong, or of creating conflict and harming relationships – that kind of fear requires governance courage to overcome.

There’s an Aha! moment when you realize that that our physiological response to boardroom tension and conflict is pretty much the same as our fight-or-flight response to physical danger. The presence of tension and conflict around the board table; the predicament of having to choose between keeping the peace or naming the elephant in the room; the sinking feeling where your gut tells you something needs to be said but your cowardly heart tells you to keep quiet – those are situations that most of us have encountered at one time or another.

In his article ‘Courage is the Key to Great Leadership,’ Bill Treasurer list three types of courage:

The board as a whole may need to exercise the first two kinds of courage when difficult decisions are required. But, when it comes to the individual director, can we agree that it’s the third type of courage – the courage of voice – that’s essential?

That’s what we mean when we refer to governance courage. That kind of courage is what gives the savvy director the confidence to ask the right questions at the right time.

What is Your Gut Telling You?

Let’s say you are in a position where your gut tells you something is not right. You think it’s your duty to speak up but you are feeling fearful. You want to dominate your fear, but how?

First, it’s a good idea to take some quiet time for self-reflection before the meeting. You want to try to pin down what it is that is bothering you. Your gut may be reliable, but it’s usually not very precise. Before you charge ahead like a bull in a china shop, it helps to identify more clearly what it is that’s just not right.

If there is something about the board dynamics that is amiss, try asking yourself some of these questions from ‘A Call for Courage in the Boardroom’, by Jane Mack.

Ultimately, if something is not as it should be, you have to ask yourself, “Will I ignore the elephant in the room, or will I act with governance courage to bring it out into the open?” 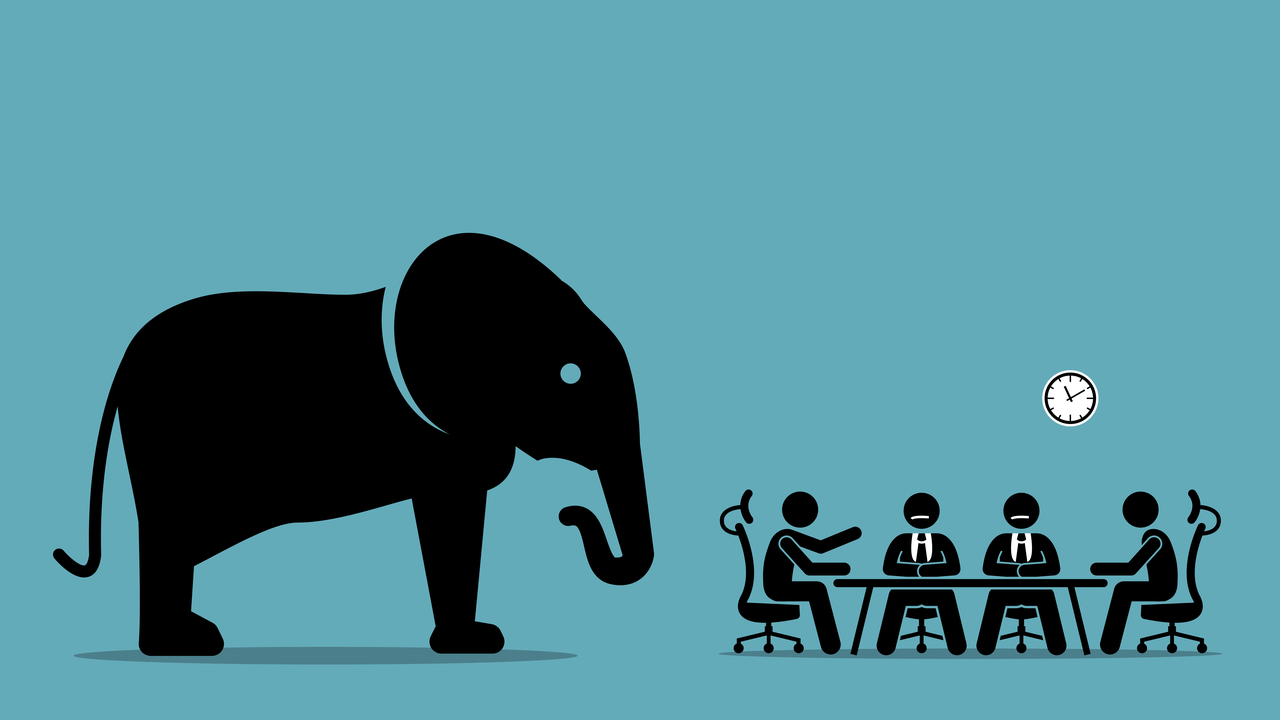 If you’ve made up your mind to address the elephant in the room but you are still dealing with your fear, ask yourself, “What’s getting in my way?” “What am I most afraid of?” Maybe you are concerned about damaging relationships, but have you considered that there may be more damage done by shying away? As we all know, when important issues go unresolved for too long, they fester until we find ourselves in crisis mode.

More importantly, acknowledge that it’s your duty as a board director to bring the issue forward in the interests of the organization and its stakeholders.

Ask yourself, “What is the potential downside of delivering a message I think is needed and will help our organization?” “What if I were the person affected, would I appreciate someone bringing the issue to my attention?” “How would I feel if someone knew something and did not tell me?”

If you were able to withstand all those other bad things in your life, surely you can withstand this one too.

That’s why this blog is entitled, “You’re braver than you think.” It’s because I’ve been there, and I found that my courage was there, waiting in the wings. If my fear was an invitation to courage, all I had to do was open the door and let it in. That’s why I’m so sure that all of us have the capacity to be courageous when we need to be.

Do you remember the cowardly lion from The Wizard of Oz? He thought of himself as cowardly because he felt fear. But he managed to overcome his fear, and his actions demonstrated his courage. The wizard’s medal of courage proved nothing, because the lion had already proven himself to be brave.

“You have plenty of courage, I am sure," answered Oz. "All you need is confidence in yourself. There is no living thing that is not afraid when it faces danger. The true courage is in facing danger when you are afraid, and that kind of courage you have in plenty.” ― L. Frank Baum, The Wizard of Oz

Governance Courage and The Savvy Director

Once you have faced your fears, gathered your courage, and resolved to raise the issue in the boardroom, what’s the best way to do that and still try to preserve relationships? A savvy director’s thoughts naturally turn to the power of questions. Ask yourself, “How could I ask the gutsy question in a non-offending, non-threatening manner?”

You don’t want to frame it in such an oblique way that you fail to communicate your concern. That just leads to misunderstanding, conflict, or sounding passive aggressive. You want to communicate that you own the concern.

I found some great advice in the article 'Courage in the Boardroom,' by Natalie Richardson.

A couple more pieces of advice. First, some issues are best dealt with one-on-one rather than at the board table. It still takes courage to have this conversation.

If privacy is called for, approach the person, let them know what you would like to talk about, and ask permission to have the conversation. Choose the time and place carefully for maximum privacy and comfort – in fact, it would be better if the other person chooses.

Second, whether you will be raising your concern at the meeting or in private, giving the board chair a heads-up is always a good idea. Not only is it the courteous thing to do, but your issue may end up getting resolved without a lot of fanfare and drama.

“Success is not final, failure is not fatal: it is the courage to continue that counts.” ─ Winston Churchill

Share Your Insight: What techniques do you use to prevent fear from overwhelming courage?